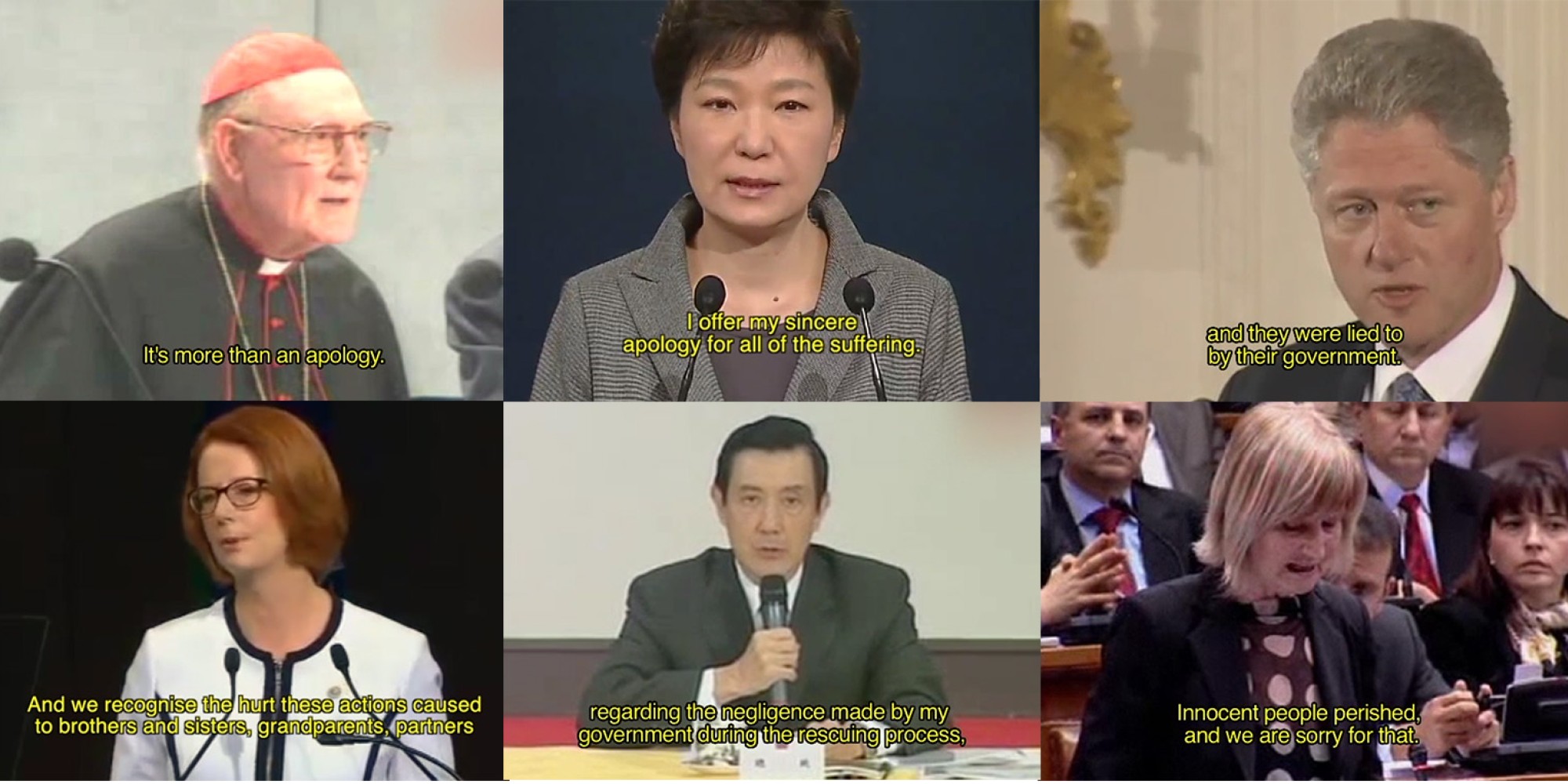 Museum Dorotheergasse
13.10.2022 - 12.02.2023
Heads of state apologize. Beginning with Willy Brandt, who fell down on his knees in front of the monument to the Warsaw Ghetto Uprising in 1970, heads of state from all over the world express their regret in the video compilation work Apologies by the Taiwanese-American film artist James T. Hong. They apologize in a symbolic act of remorse for crimes ordered or sanctioned by the state. They beg for forgiveness and assert that they would do everything to prevent such atrocities from occurring again. Each speech lasts just a few minutes, then the next head of state follows with the next apology, in chronological order, up to the most recent past. Several heads of state are visibly emotional, others read the apology in a seemingly unmoved manner. Some apologies seem genuine, others seem forced. Some heads of state, such as Barack Obama or the Pope, apologize several times in the video, some appear only once.

Lasting more than an hour and a half in total, Apologies evokes emotions: because while one apology follows the next, the crimes continue – and what comes after that is the next apology. Apologies makes the viewer doubt humanity and think about political responsibility as well as cheap excuses, which often help the perpetrators more than the victims.

The literary scholar and Auschwitz survivor Ruth Klüger observed: “One says ‘Never again’ and then you look at all the massacres that have happened in the meantime. It is absurd to say it should not happen again.” For this reason, Apologies has its place in the Jewish Museum Vienna. The work reflects the ritual nature, but also the empty phrases of acts of repentance staged by the state and asks how we want to deal in the future with the injustice suffered and even more so with the injustice committed.