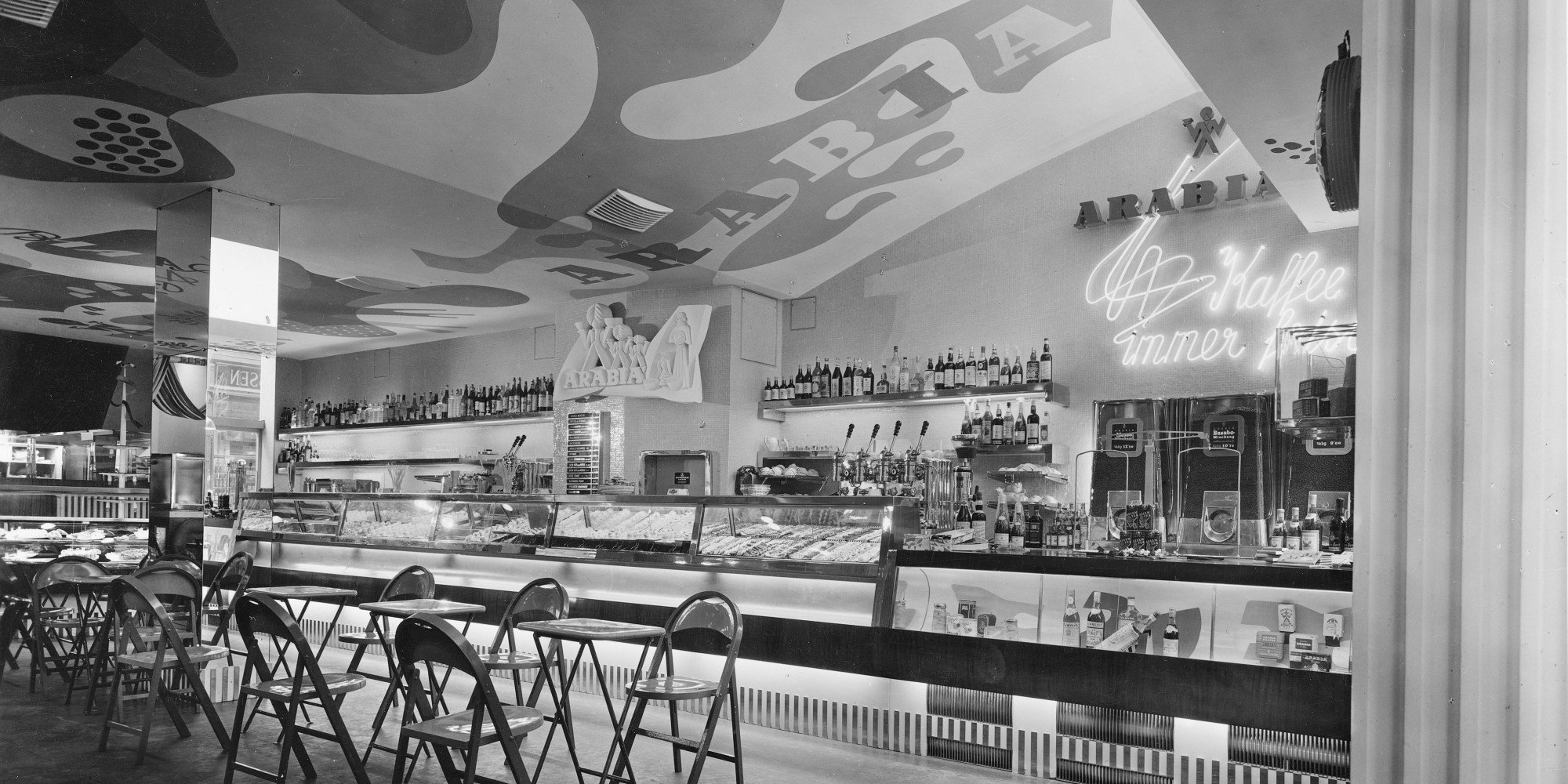 Espresso at last! The Café Arabia on Kohlmarkt

Museum Judenplatz
25.05.2022 - 23.10.2022
Café Arabia opened in 1951 on Vienna’s Kohlmarkt, in the middle of the city center. It imported the Italian espresso culture into the traditional coffee-making metropolis, which caused heated debates. Equally spectacular was the coffee house’s demise: In 1999 it had to give way to a boutique, which both regular guests and architecture connoisseurs regretted. The history of the café and its founder, the entrepreneur Alfred Weiss (1890–1973), has meanwhile faded into oblivion and is now to be brought back into consciousness.

“Arabia” had already been the name of the coffee and tea import company that Weiss took over after the First World War and turned into a successful and popular brand in the interwar period. Joseph Weiss, the well-known graphic artist (creator of the Meinl logo, among others) and friend of Alfred Weiss, designed one of the first corporate identities for him, featuring the distinctive capital “A.”

In 1938, the company was “Aryanized,” and the Weiss family had to flee. The daughters survived in England, Alfred and his wife Lucie in Rome following an odyssey through Europe. After the Second World War they returned to Vienna. From Italy they brought along what they had seen blossoming there: the new technique for preparing espresso coffee. Weiss managed to get his import company back. The Arabia name became one of the major coffee brands again in the post-war decades.

Weiss commissioned the architect Oswald Haerdtl with the design of the espresso café, who realized it as a total work of art. He also acquired Palais Auersperg in 1953 and made it – also based on Haerdtl’s designs – into the company headquarters “Haus Arabia” and a lively event center. Thanks to his energy and fearlessness, Weiss did not shy away from facing the unreasonableness and contradictions in post-war Austria. He associated with the leaders of domestic politics in the Second Republic and worked both with Haerdtl, who had collaborated with the National Socialists during the war, and with the graphic artist Heinrich Sussmann, who had survived Auschwitz. For many years the visible center of his work was and remained Café Arabia and the Arabia brand.

Italy on your mind? Check out our latest exhibition playlist on Spotify!