Wishing living persons a happy birthday is common practice, but as an explorer of the soul, will it not seem particularly strange to you that one writes letters to the dead?

There are 29 entries about you in the Jewish Museum Vienna inventory. Considering that you are quite famous, those aren’t very many. You now have two museums of your own: on Berggasse in Vienna and in Maresfield Gardens in London. Your home address in Vienna was number 19, in London it is 20, which may not have any meaning. The famous couch is in London, as is the rustic furniture from Hochrotherd, which you and your daughter Anna wanted to take with you when you fled from Vienna. In a photo album kept in the London museum, under a photo of the weekend house and a second one with an open cupboard next to the year 1931, the following captions, which rhyme in German, can be found:

(“But the house of the future in Hochrotherd is worth more to us than this.”
“And to commemorate, we take glass and dishes from this cupboard.”)

Doctor, when one writes letters, one can address people who would never speak to her or him. You will not answer, which makes this exchange appear a bit one-sided, but due to the circumstances, it is not possible otherwise. When one writes, one can get closer to people, even if this closeness is not mutual. 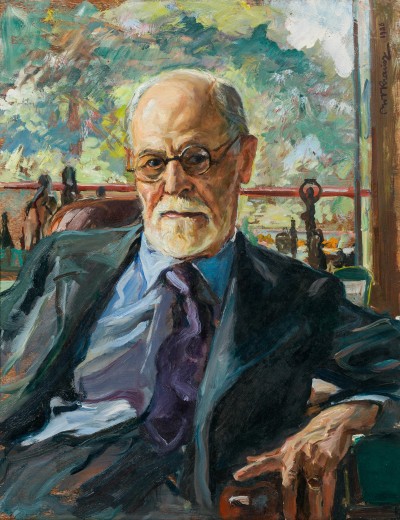 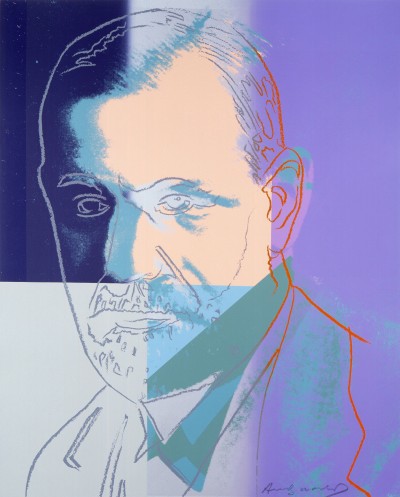 You have likewise been featured in the permanent exhibition, “Our City! Jewish Vienna –Then to Now,” at the Jewish Museum Vienna since 2013.

It would be interesting to know if you like being a part of Andy Warhol’s “Jewish Geniuses” series. Or do you prefer the portrait by Wilhelm Viktor Krausz? Painted in 1936, this work was acquired by the FRIENDS of the Jewish Museum Vienna in 2019 and is exhibited in place of the screen print by Andy Warhol.

It gives our education team great pleasure to introduce you as a finger puppet. The “action figure,” as well as you as a doll made of soft plush material, and a finger puppet with a couch are on display. We’re going to let another finger puppet travel to Vienna today. You will become a tourist; a favorite object should be found for you in the museum and a place where you can stay overnight if you spend a few days in “your” city. You live at Hotel Sacher, in an apartment organized by Airbnb, it does not necessarily have to be a roof terrace, or in your old apartment on Berggasse in the 9th district, where your office was also located. The idea with the old apartment came from a pupil attending a higher technical college in Ried im Innkreis. We played through the conversation between you and the museum director who, after the initial shock of meeting you in her museum, had a brilliant idea from her point of view to integrate you into the exhibition. Perhaps you could possibly treat the visitors? At any rate, she, the director, would have to confer with her marketing department. 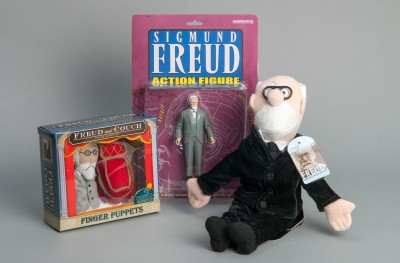 You were by no means happy about this suggestion and replied that you were not a museum object, but only wanted to stay in your former apartment for a few days, which was not asking too much. The higher technical college pupil mentioned earlier put these words into your mouth.

Dear Doctor, what is your opinion? How should history be taught in the future? What should cultural mediation contribute to extracurricular learning locations? What exactly does Holocaust Education actually want? Does it help fight antisemitism? Who will we ask when the contemporary witnesses can no longer say anything? Does one have to visit a memorial? Yes, perhaps. And find a favorite object for you in the Jewish Museum Vienna. In any case. Or write you a letter. Creativity also needs courage...